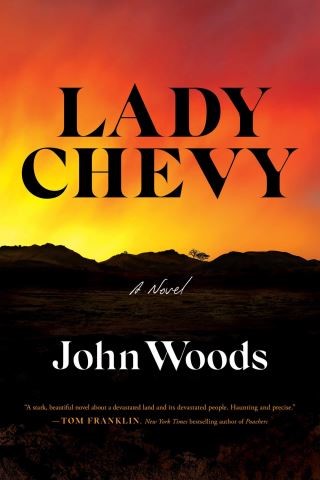 In a forgotten part of Middle America, a defiant act leaves one man dead and one teenage girl faced with a stark decision that could mean losing everything.

Amy Wirkner, a high school senior in Barnesville, Ohio, is a loner, nicknamed “Chevy” for her size. She’s smart, funny, and absolutely determined to escape from her small town in the Ohio Valley, a place poisoned by fracking. She does well in school despite the cruelty of her classmates and has her eyes on a college scholarship, so she can one day become a veterinarian and make something of herself.But even as she tries to keep her head down and stay out of trouble, trouble seems to find her. Believing toxic water has poisoned her family, Amy one night becomes involved in an act of ecoterrorism against a local fracking company that goes terribly wrong. Her oldest friend Paul, as angry and defiant as she is, has drawn her into this dark world—and now a man is dead as a result. But Amy can’t—won’t—let one night’s mistake stand in the way of her plans.Touching on important topics as wide-ranging as ethnic hatred, police corruption, environmental decay, and gun violence, Lady Chevy is one girl’s story that highlights the darkest parts of modern America with surprising results.

John Woods: John Woods grew up in Appalachian Ohio. He is a graduate of Ohio University's creative writing program and has published short stories in Meridian, Midwestern Gothic, Fiddleblack, and The Rag. He lives in Yorktown, Virginia.