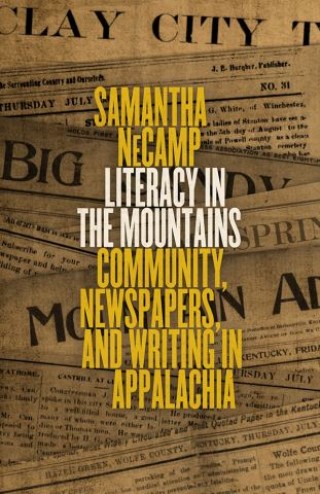 Literacy in the Mountains

Community, Newspapers, and Writing in Appalachia

After the 2016 presidential election, popular media branded Appalachia as "Trump Country," decrying its inhabitants as ignorant fearmongers voting against their own interests. And since the 1880s, there have been many, including travel writers and absentee landowners, who have framed mountain people as uneducated and hostile. These stereotypes ultimately ward off potential investments in the region's educational system and skew how students understand themselves and the place they call home.

Attacking these misrepresentations head on, Literacy in the Mountains: Community, Newspapers, and Writing in Appalachia reclaims the long history of literacy in the Appalachian region. Focusing on five Kentucky newspapers printed between 1885 and 1920, Samantha NeCamp explores the complex ways readers in the mountains negotiated their local and national circumstances through editorials, advertisements, and correspondence. In local newspapers, community action groups announced meeting times and philanthropists raised funds for a network of hitherto unknown private schools. Preserved in print, these stories and others reveal an engaged citizenry specifically concerned with education. Combining literacy and journalism studies, NeCamp demonstrates that Appalachians are not -- and never have been -- an illiterate, isolated people.