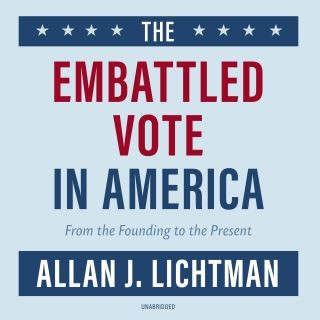 The Embattled Vote in America

From the Founding to the Present

Americans have fought and died for the right to vote. Yet the world's oldest continuously operating democracy guarantees no one, not even citizens, the opportunity to elect a government. In this rousing work, the bestselling author of The Case for Impeachment calls attention to the founders' crucial error: leaving the franchise to the discretion of individual states.

For most of US history, America's political leaders have considered suffrage not a natural right but a privilege restricted by wealth, sex, race, residence, literacy, criminal conviction, and citizenship. As a result, the right to vote has both expanded and contracted over time, depending on political circumstances. In the nineteenth century, states eliminated economic qualifications for voting, but the ideal of a white man's republic persisted through much of the twentieth century. And today, voter identification laws, political gerrymandering, registration requirements, felon disenfranchisement, and voter purges deny many millions of American citizens the opportunity to express their views at the ballot box.

We cannot blame the founders alone for America's embattled vote. Allan Lichtman, who has testified in more than ninety voting rights cases, notes that subsequent generations have failed to establish suffrage as a universal right. The players in the struggle for the vote have changed over time, but the arguments remain familiar. Voting restrictions impose a grave injustice on the many disenfranchised Americans and stunt the growth of our democracy.