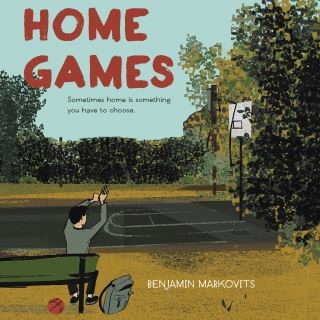 Award-winning adult author Benjamin Markovits delivers a poignant coming-of-age middle grade story that will give comfort to anyone feeling like a small fish in a Texas-size sea. Perfect for fans of Kevin Henkes, Rebecca Stead, and Kate DiCamillo.

Twelve-year-old Ben is a shy, quiet kid. His life isn’t perfect, but he feels at home in his New York City apartment. Then his dad takes a job in London, and everything changes. His parents separate, and Ben’s mom moves them back to her hometown of Austin, Texas. Ben’s simple life is suddenly complicated. He misses his apartment, his best friend, Jake, and his dad.

Then he meets Mabley, who becomes a bright spot to Ben’s day. But when his mom starts working at his new school and making friends with his teacher, Ben finds himself at the center of all the problems the adults around him can’t resolve—and even some of his own. That includes joining the school’s basketball team, where Mabley’s best friend is the star player. After being pushed around, looking for his place, Ben will have to learn how to stand his ground.

grew up mostly in Texas and London. He has published eight award-winning adult novels. He lives with his family in London, where he teaches creative writing at Royal Holloway, University of London.