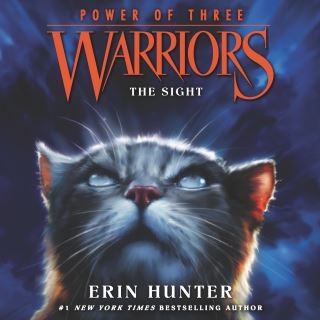 Warriors: Power of Three #1: The Sight

The first book in this third series, Warriors: Power of Three #1: The Sight, brings more adventure, intrigue, and thrilling battles to the epic world of the warrior Clans.

Hollypaw, Jaypaw, and Lionpaw—grandchildren of the great leader Firestar—possess unusual power and talent. But secrets and uncertainty surround them, and a mysterious prophecy hints at trouble to come. The warrior code is in danger, and these three apprentices will need all of their strength to help the Clans survive.